Really make the most of your space!

Posted in Gardens by Tim Staves Comments Off on Really make the most of your space! 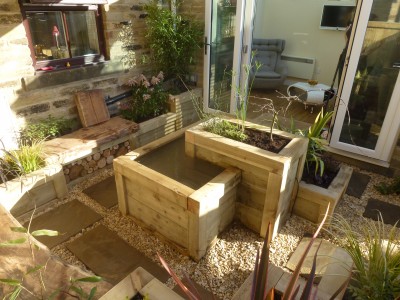 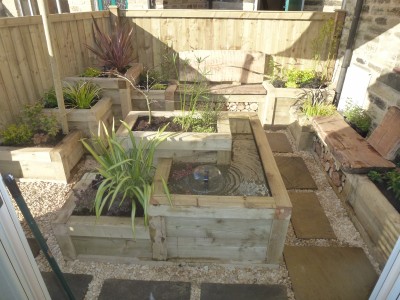 The view from the conservatory 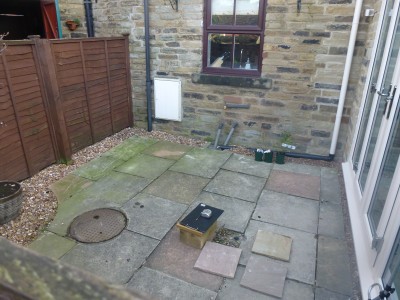 On my website I say I like to build small to medium sized gardens. This is true but if I am asked which gardens give me a real buzz, it has to be “the smaller the better”. Utilising a small space to create something that is good to look at and relaxing to be in, I find to be the most rewarding type of job.

The smallest garden I designed was done 2 or 3 years ago.  Roughly speaking, the space is 3 metres by 4 metres which isn’t a lot bigger than an average kitchen.

My clients wanted to make the most of this small space which was left after the rest of the garden was taken up by their new conservatory. They had seen my website and were drawn to an old case of a garden I had designed and built in Horsforth.

The idea in that case, and indeed in their own garden, was to create interest with different levels using fixed planters and striking, specimen plants. Also using the whole space, including the middle, was a must as this makes the garden feel bigger than it is. I think it is a mistake with 90% of gardens that the middle is not used – how many times do you see lawns with straight borders emphasising the boundaries of an often small plot? To actually stick something in the middle isn’t that easy though and can take a bit of nerve (or at least a good design!).

In this case the middle section of planters includes one that has been made into a small pond with a bell shaped fountain – I always think the noise of water adds to the relaxing atmosphere in a garden. The pond, together with the logs under the seats and the plants in general, make the garden a little oasis for wildlife as well as one for humans.  A sun shade, just out of shot in these photos, is a great, cost effective addition to the garden which is a real sun trap.

The photos below were taken approximately one year after the garden was finished. 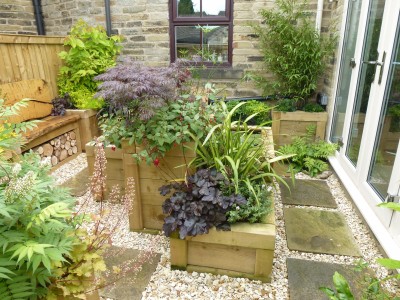 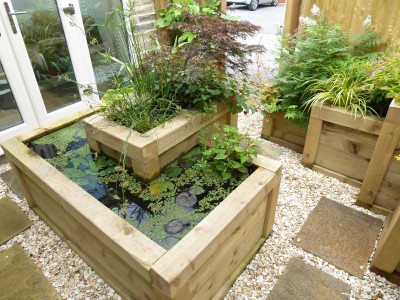